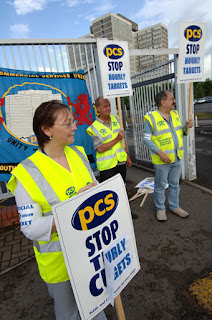 Thousands of civil servants working in Oxfordshire will be taking part in a one day strike this Wednesday (31st January) over government plans to axe over 100,000 jobs, which will decimate public services.

The one-day strike, which is the biggest in a generation, has been called by Britain’s largest civil service union, the Public and Commercial Services Union (PCS). The strike also comes at a time when civil servants are not only facing losing their jobs but changes to their terms and conditions, sick absence arrangements and the prospect of working longer to receive their pension as the pension age could rise from 60 to 65.

Kate Douglas, Joint Branch Secretary in Department for Work and Pensions explains the reason for the strike:

“The message of our campaign is that the government can’t arbitrarily cut staff without it having a negative impact on local public services such as benefit payment, as well as the local economy. The people the government are seeking to axe aren’t bowler hatted Sir Humphries based in Whitehall or faceless bureaucrats, they provide vital services that touch everybody’s lives from cradle to grave. They work as a team delivering the things we take for granted, such as your driving licence, passport or child benefit. Collecting the taxes to pay for hospitals and schools, stopping drugs from flowing into the country and making sure people get their winter fuel payments doesn’t happen by magic.”

For example due to the job cuts, Crisis Loans, paid to the most vulnerable and desperate, is now a telephone based service. Some people spend days trying to get through and when they do are often cut off due to the overloaded telephone system. Before the cuts we had dedicated staff in local offices who could deal with these claims.

There will be picket lines at all government offices including Brize Norton air base! If you would like to show your support the best picket line to come along to is at the Jobcentre at corner of Worcester St and George St from 7.30 to about 10am.

There will be a rally at Bonn Square, Oxford at 12 noon on 31st January, with Mark Ladbrooke of Oxford Trades Council, and Lorna Merry of HMRC Group Executive Committee.

Please come and show your support.
Posted by Site Manager at 07:39 No comments:

Dominic from Oxford Student Respect reports on the ongoing blockade at Faslane nuclear submarine base... 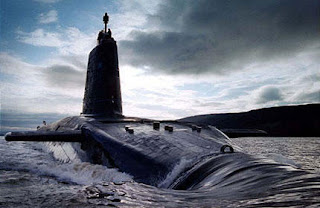 The weekend before last I went to Scotland to blockade faslane nuclear base with a group of students as part of the 365 day blockade campaign.

We were mainly from Oxford but there were others from Sussex, Cambridge and Edinburgh. We stayed a night in Glasgow in a church hall making final plans before heading to the base. On the Saturday we set up camp pitching tents on the side of the road near the base. In the afternoon we drove around the loch to get a good view of the base. It is actually massive, several miles long with massive office blocks and warehouses. We also saw the submarines which looked so innocent but in fact would be able to destroy 16 cities each. Then we headed back to the base and played a bit of samba at the gates along with chanting “illegal expensive and inhumane”.

On the Sunday we were joined by academics from across the world. They had a seminar launching papers on why trident was wrong and related matters. Each in there own field of speciality. In the afternoon after the arranged signal to “have some tea” we calmly filed into the road and sat down. The police had no choice but to let the seminar continue on the road as they only had twelve officers on the scene and there were probably around 60 of us. Soon an announcement in the base “the north gate is temporarily closed” could be heard and was greeted by cheers. After the seminar had finished we started to sing songs to keep our spirits up. The police were obviously hoping that the rain would make us give up but after 6 hours when it was clear we were going nowhere they decided to move in. We managed to reach a falsane365 record of blockade the base just over 365 minutes.

The police were very friendly even as they carried us off the road one remarking “they shouldn’t be spending £76 billion on trident when they cat get us a decent van” after having difficulty closing the door. There were 34 arrests that evening but everyone was let off in the morning and I still have not heard anymore from the police.
Posted by Site Manager at 11:49 No comments:

The next Oxford Respect branch meeting will be on February 20th.. 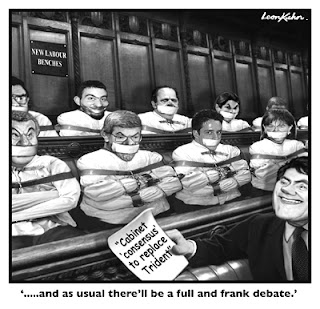 The next Oxford Respect branch meeting will be at 7.30 Tuesday February 20th at Oxford Town Hall.

There will be a talk on 'The case against Trident'. Should we spend £76 billion on updating Trident nuclear weapons? come and take part in the debate.
Posted by Site Manager at 11:44 No comments:

Tony Blair said he went to war to find weapons of mass destruction. There were none. 655,000 Iraqis have died in that war. Now he wants to spend around £27 billion on weapons of mass destruction with the potential to slaughter 40 million people. CND and Stop the War Coalition have called a national demonstration on 24 February to oppose Tony Blair's plans for a new generation of nuclear weapons and to call for the immediate withdrawal of the British army from Iraq.

A joint STWC/CND coach will leave from St Giles at 10am. Tickets are £6 unwaged and £10 waged and can be bought from The Quakers Shop (St Giles), The Inner Bookshop (Magdalen Street) and Uhuru Whole Foods (Cowley Road).

For more information on the protest see link below.

Respect in the Oxford Mail

Oxford Respect responds to a recent letter in the Oxford Mail:

So, your correspondent John Monaghan is ‘fed up’ with ‘Muslim fanatics’? Well, I am fed up with the constant vilification directed at Muslims. I am not a Muslim myself, but I am angered by the continual singling out of Muslims for abuse, because history shows how dangerous it can be when a minority is scapegoated. Muslims are constantly portrayed in the media as terrorists, and minor aspects of the some Muslims’ lifestyles (such as the veil or head-scarf) are seized upon for criticism by Labour politicians who want to distract attention from their disastrous and criminal war in Iraq. We never hear of other religious groups being subjected to the same treatment – when are Church leaders ever asked to condemn or apologise for George Bush’s ‘Christian’ fundamentalism? When did a politician last attack a vicar’s dog-collar or a nun’s veil for being “a visible statement of separation and of difference”?

I know that Muslim groups in Oxford are working hard to challenge negative stereotypes about Islam, and to emphasise the non-violent teachings of their faith. But the rest of us need to show our solidarity, and speak out against the lies and stereotypes peddled about Islam and Muslims, which are designed to divide our communities. That’s why we in Oxford Respect have invited a speaker from the Oxford Islam and Muslim Awareness project to our next meeting (Tues 16th Jan, 7.30, in the Town Hall).

On behalf of Oxford Respect
Posted by Site Manager at 11:23 No comments: 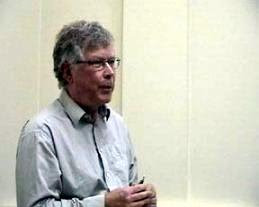 Across the country local campaigns are starting up to protect local NHS services. The conference is an oportunity for NHS campaigners to come together to find ways to urgently intensify the pressure on the government to change its approach to the NHS.

Oxford Respect Chair and health campaigner John Lister (pictured above) will join other leading activists, including Tony Benn, Jacky Davis and Sally Ruane, to provide an overview on the political situation and discuss what we have learnt from the campaign so far, along with workshop sessions where campaigning ideas can be developed in smaller groups.

For more info on the local Keep Our NHS Public campaign see the link top right.
Posted by Site Manager at 15:35 No comments:

Oxford activists protest against the US aerial assault on Somalia 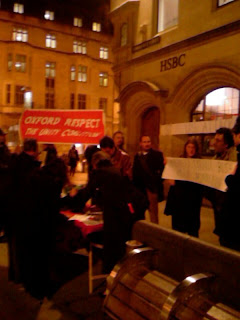 On Tuesday 9th Jan, Respect activists joined others from Oxford Stop the War Coalition in a hastily called evenning protest against the US aerial bombing of Somalia.

In alliance with Ethiopian forces, the US AC-130 warplanes struck twice on Monday and Tuesday in southern Somalia, ludicrously claiming that their air offensive was aimed at specific individuals.


The US is not “liberating” Somalia – it is carrying out the 21st century equivalent of colonial “gunboat diplomacy”, apparently with the continued backing of Blair’s New Labour.